A while ago, we started maple syruping.  It was our first time, and we collected sap in milk jugs. We boiled down sap on the kitchen stove, and marveled over just how delicious maple syrup is.  Over the years, we found more efficient and productive ways to make syrup.  As we began to make more and more syrup, I realized we weren’t going to be able to eat all the syrup on pancakes.  So we gave syrup away, and sold it, and drizzled syrup on our pancakes quite liberally.  That’s when I realized we needed to use maple syrup in more than just pancakes.  That’s when the tree really started coming to the table.

The Making of Maple Syrup 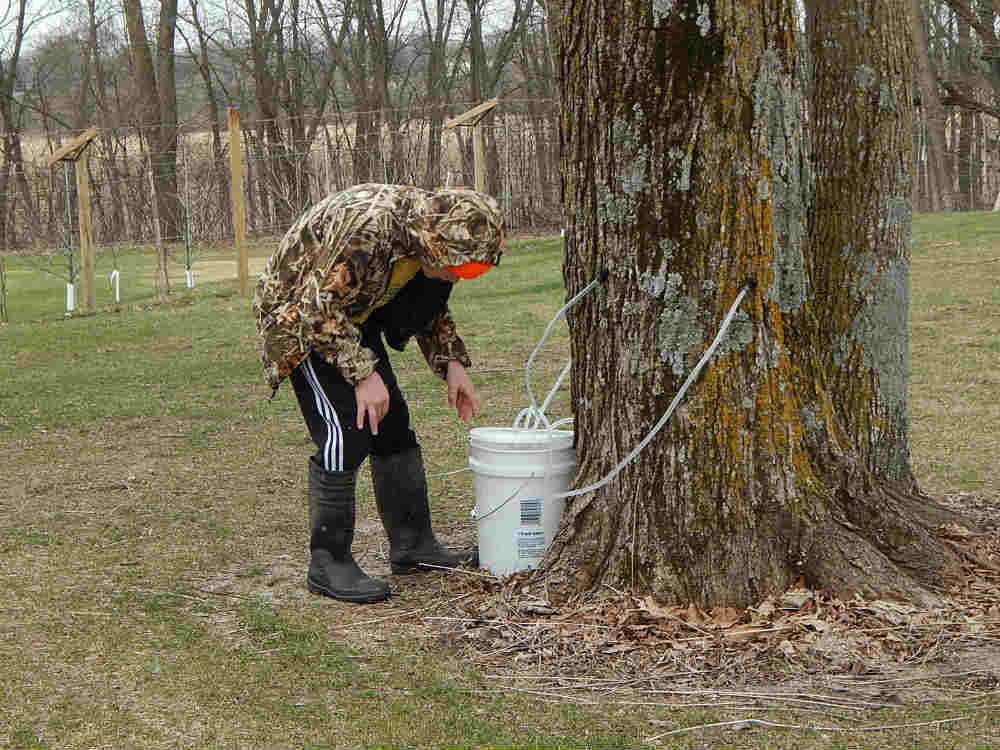 Maple syrup is made from the sap of a maple tree boiled down to a certain point. It has many uses, but the best known use for maple syrup is on a pancake.  Almost everybody has had maple syrup on pancakes, but most people do not use maple syrup for many other things.

Substitute “maple syrup” is mostly made from corn syrup.  Real maple syrup, as well as tasting better than its substitutes, has minerals and antioxidants in it. Magnesium, calcium, iron, zinc, manganese, and copper are all found in maple syrup.  According to Pure Canada Maple’s website, maple syrup also contains fifty-four different antioxidants. 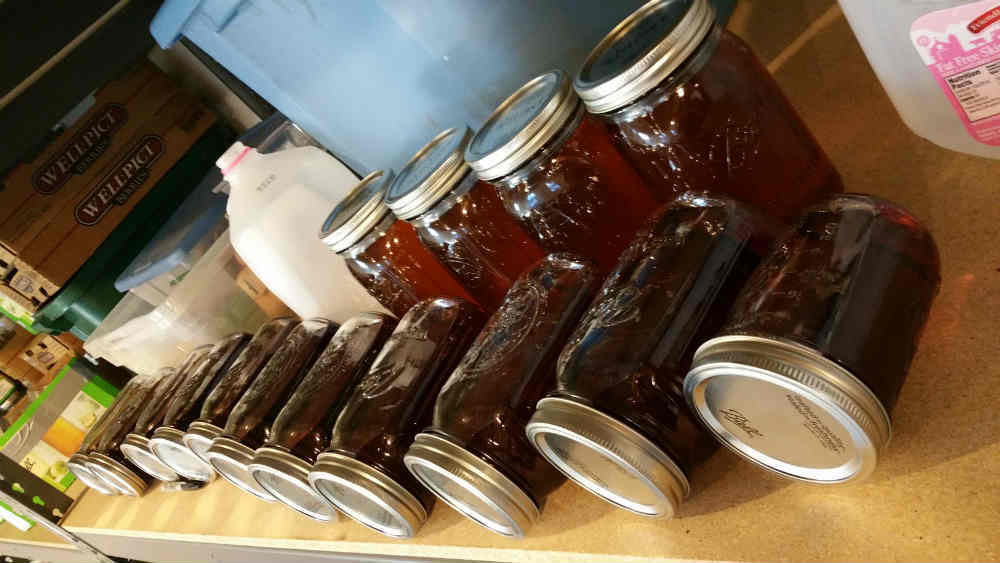 Each person has their own preference, but most people think that lighter colored maple syrup, the Grade A kind, tastes the best.  Darker maple syrup tastes stronger, and is said to be healthier for you.  You could save the lighter syrup for pancakes; dark syrup is a good choice for some other uses. 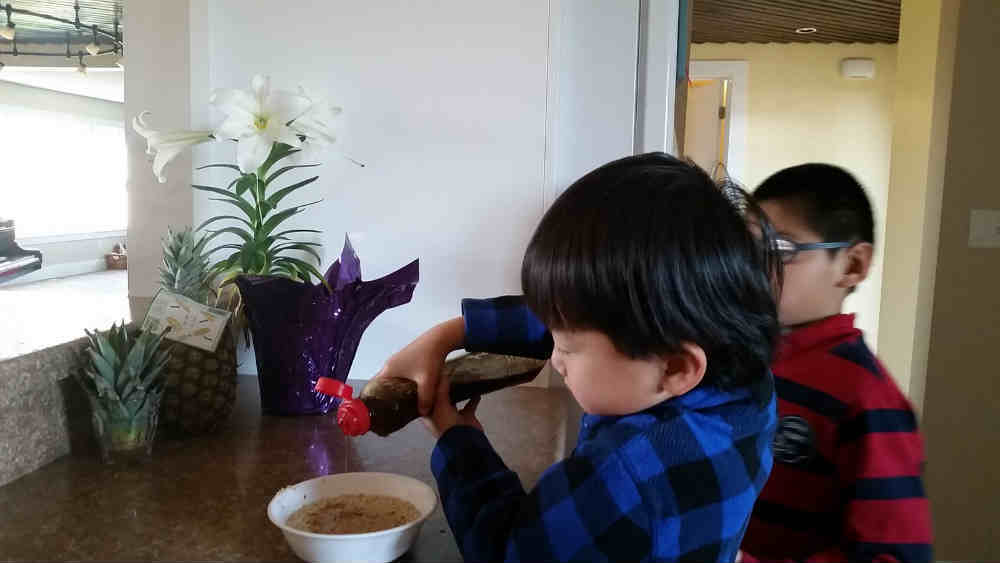 Do you remember how much you enjoyed licking a bowl when you were young?  Do you recall the competition between siblings for who got to lick the bowl?  Enjoy maple syrup in that way!  If you make your own maple syrup, finish boiling the syrup down and putting it in jars.  Once your pan is adequately cool, take two of your fingers, stick them out, and swipe them across the bottom of empty pan that you used to boil down the syrup.  Proceed to lick your fingers.  Repeat.  If you purchase your maple syrup, take a spoon and put some syrup on it.  Put the spoon with syrup on it into your mouth.  Repeat.

Maple Syrup as a Sweetener

Have you ever thought about why you use the sweetener you do?  Syrup is a great sweetener, and you don’t even need to find a recipe that already uses it as the sweetener.  Syrup can be substituted for honey on a one to one ratio.  For every cup of sugar in a recipe you can substitute three-fourths a cup of syrup, as long as you leave out of the recipe one tablespoon of water or milk.

There are several things to take into consideration when choosing a sweetener.  Honey contains several vitamins but no minerals, and sugar contains no vitamins or minerals at all. Sugar requires a large amount of processing, while maple syrup is relatively unprocessed.  However, honey is natural while syrup, although derived from sap, is largely man-made. 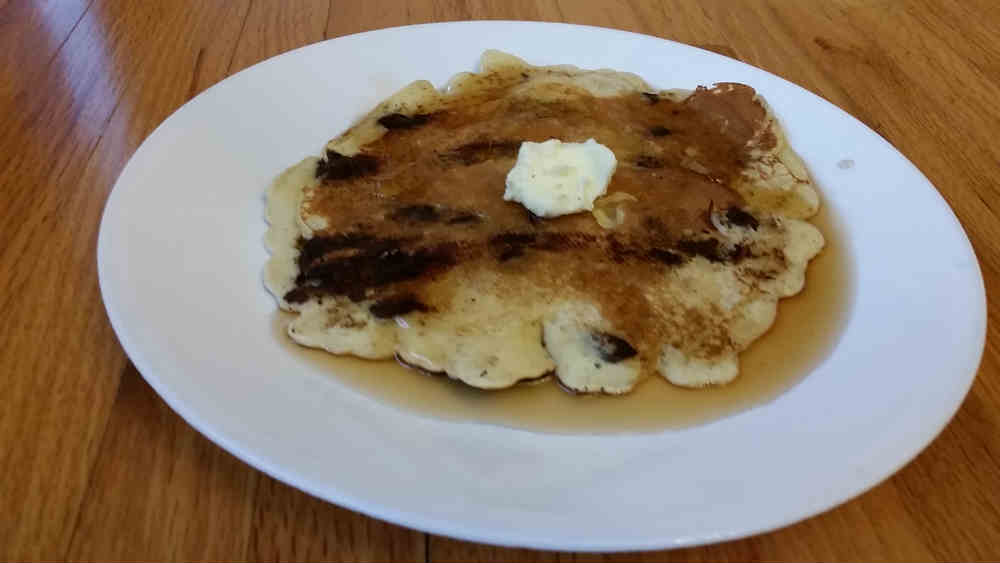 When you are substituting maple syrup as a sweetener, think a little bit about what you are using it in.  From experience, using maple syrup as the sweetener in things like lemonade does not work very well.  When I served to the unsuspecting 7-year old consumer, he spat it out immediately.  When he tried it again, he declared it drinkable, but not something I should make in the future.  Maple syrup can convey unwanted flavor when used in large amounts or in something without much other flavor.  Bread is an exception; when maple syrup is used instead of sugar in the yeast mixture, it is used in a small enough amount so as to not change the flavor of the bread.

Other Uses for Maple Syrup

Those aren’t the only things syrup can be used for.  Who says maple syrup can’t be used instead of jelly in a peanut butter and jelly sandwich?  Although inducing skepticism at first, peanut butter and syrup sandwiches are actually pretty tasty.  These sandwiches were invented by a five-year-old in the catastrophic event that we had run out of jelly.

Some rather surprising uses for syrup are on pumpkin pie and on oatmeal.  When a pumpkin pie is being served, whipped cream can be put on top and syrup drizzled elegantly over the piece of pie for a beautiful and delicious treat.  Syrup is a good substitute for sugar as an oatmeal sweetener, and is also very delicious on cornbread.

Do you use maple syrup on anything other than pancakes?  Did you ever consider using maple syrup in more ways than one?  Are you ready to invite the tree to your table?