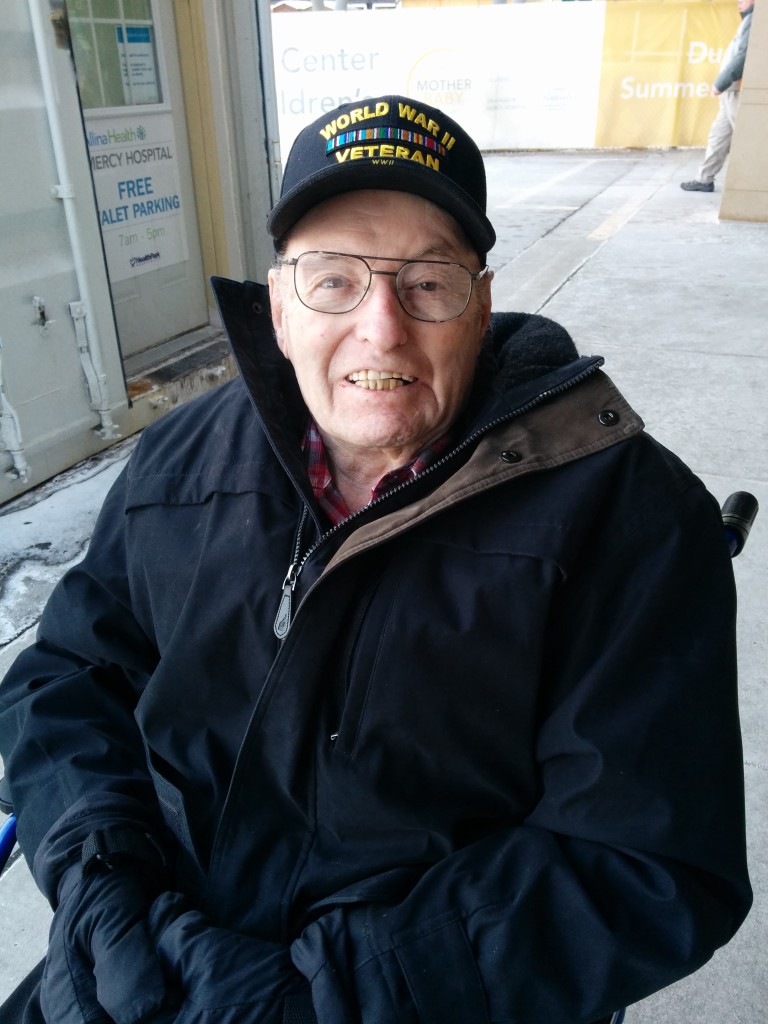 Ernie Crippen learned about the attack on Pearl Harbor on December 7, 1941 as many people did—from the radio. He was 19 years old, and had already registered with the U.S. Navy. “I wanted to travel, see the world,” he said. He’d been waiting for his draft card, which came after the Pearl Harbor attacks, and he was classified as 1A, putting him at the top of the list for recruitment. On Sept. 28, 1942, he underwent training first at Great Lakes, IL, then Norfolk, VA, and finally Little Creek, VA, where he was assigned to the Seabees construction group. He was then sent for more training at Port Hueneme, CA, but this time it was combat training, conducted by the Marines to help the Seabees be prepared for anything. 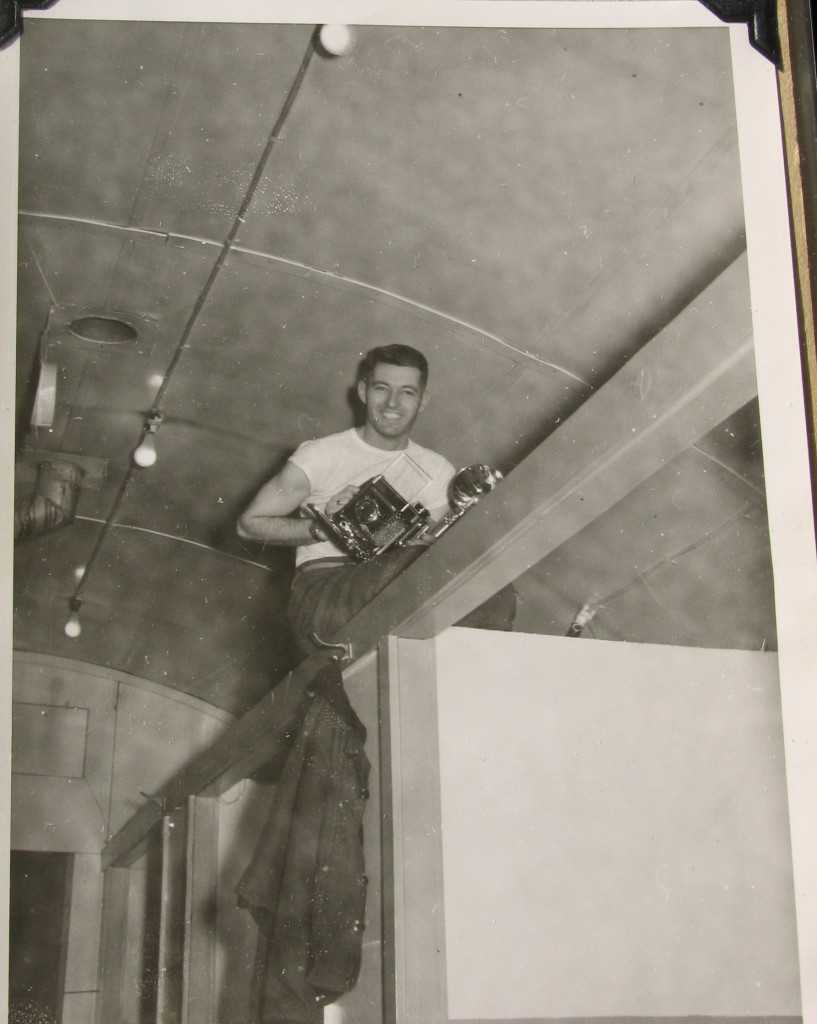 Ernie Crippen In The Aleutian Islands.

In February 1943, he shipped to Guadalcanal in the Solomon Islands. It was a tough and dangerous assignment. “There was combat going on,” Crippen said. “We were bombed day and night.” At night searchlights would go up. The American fighter planes were painted black, and they’d follow the searchlights, looking to shoot down the Japanese planes. “We’d see tracer bullets heading towards the Japanese planes, then an explosion.”

One day he worked on a merchant ship without the usual Navy armed guard. The crew was strafed by a Japanese plane so low in the sky that they could see the pilot’s face. The pilot broke the antenna that ran between the two forward main masts. “One guy was killed, there was no place to hide, nothing to do but fight back,” he said. The combat training they’d received came in very handy, and they shot the plane down. 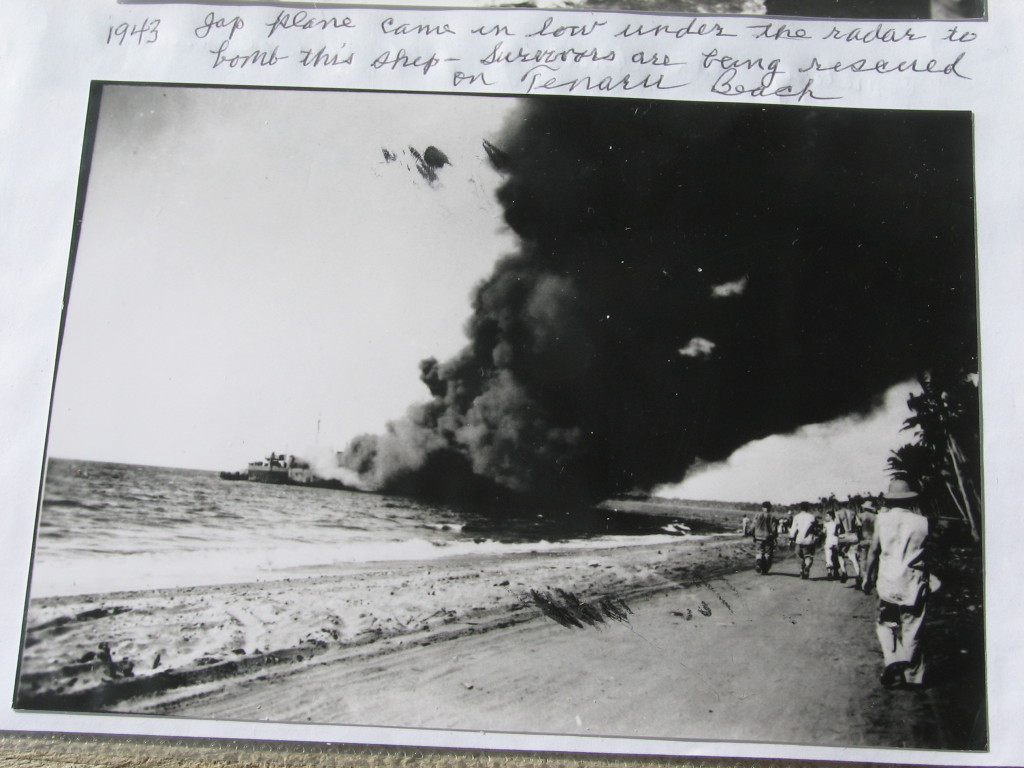 Fearing more danger, the crew was kept aboard the merchant ship and moved northeast of Guadalcanal for a few days. It was not an ideal situation. “They wouldn’t feed us on the ship,” Crippen said. “They wanted $5 for a pie. The guy that proposed that ended up with a bloody nose.”

After their return to Guadalcanal, the strafing continued. “We were bombed day and night. We’d run to a foxhole or a shelter, wherever we could,” he said. But things began to change after Americans decrypted the Japanese code, allowing them to intercept messages that led to the killing of Isoroku Yamamoto in April 1943. The bombing continued, but lessened so that by early 1944, it had reduced considerably. During this time, Crippen traveled to Auckland, New Zealand for some much-needed R&R, but upon his return to Guadalcanal, he came down with malaria. 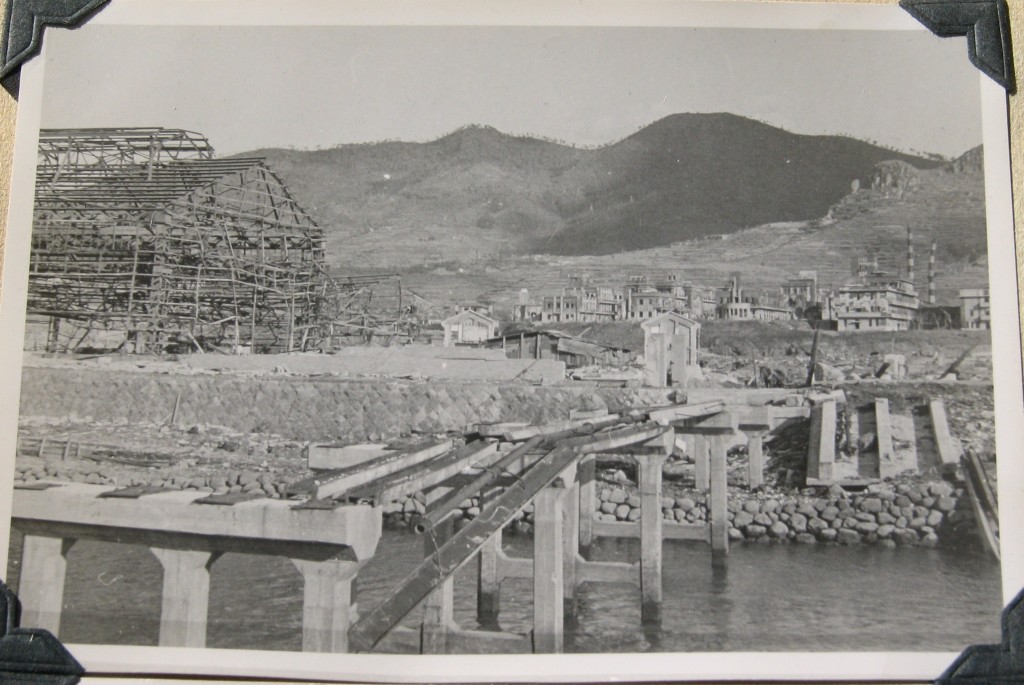 In 1945, after the death of Franklin Roosevelt, Crippen was transferred to Lingayen Gulf in the Philippines. However, plans changed after the atomic bombs were dropped on Hiroshima and Nagasaki in August, 1945, followed by Japan’s capitulation. Crippen was sent to Kyushu, one of the southernmost Japanese islands, where they were to handle cargo that would be used in the clean-up and reconstruction efforts. “We were billeted in a Japanese naval base,” Crippen said. “Once we moved in, we noticed the destitution of the people. Little kids would come ask us for chocolate.”

The Japanese people Crippen and his crew met held no anger towards the Americans. The Navy hired many local civilians to act as cooks, bakers, barbers, and carpenters. “We had two Japanese women who worked as housekeepers in the personnel office,” Crippen said. “They worked so hard to tidy up the place, and they’d bring in dandelions and put them in Coke bottles to brighten things up. They were very friendly, no animosity. They were always asking us how to say different words in English.” The Americans gave them candy and treats, and in turn the Japanese gave the Americans various mementoes, including a set of porcelain sake cups that were given to Crippen.

Crippen and other servicemen visited the post-bombing Nagasaki. “It looked like a desert,” he said. When asked if he worried about radiation from the bomb, he said, “We didn’t know much about it.” (Given that he’s alive and well and almost 93 years old, it appears not to have harmed him.) 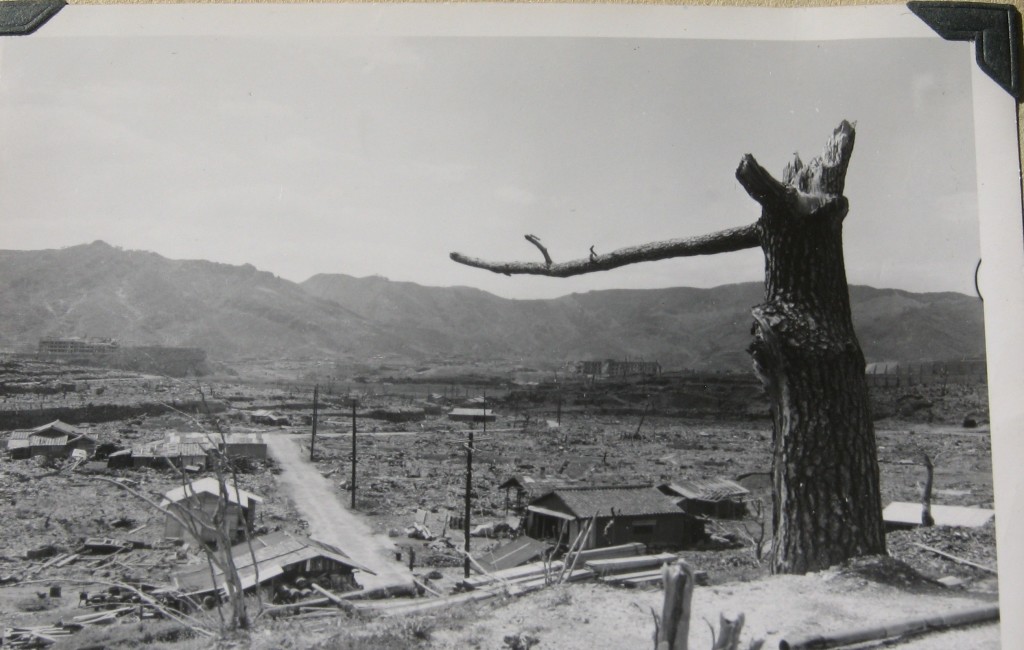 Another View Of Nagasaki During World War II.

In April 1946, they received word that the Seabees would be disbanded and transferred back into the Navy. “I was the last one of the Seabees that were formed in Little Creek to leave,” said Crippen. “My commanding officer said I was the ‘last dog in the office.’” He took the U.S. flag that had flown in Guadalcanal, by that time tattered and ragged, and presented it to the Seabee Museum at Port Hueneme.

But his military career wasn’t quite over. He was shipped to Kodiak Island, AK and then the Aleutian Islands, where he worked with the supply department and assisted in the aerial mapping of active volcanoes.

In June 1948, he was honorably discharged. The boy who was born in a log cabin in Hartford, SD had had the opportunity to see foreign countries and serve the country of which he was—and still is—very proud. In subsequent years he moved to Tenstrike, a small town in northern Minnesota, where he met his future wife, Dora, and her son from a previous marriage, Mike Frickstad. After marrying Dora, they had one child, Amy—the author of this article (and proud daughter). He spent the rest of his career as a soils engineer for MNDOT.

But he never forgot his World War II experiences. “I kind of enjoyed the travel, particularly after the shooting stopped. I’d had no idea what life was like on those islands. There were a lot of disparities that I could never imagine.” He had the chance to visit people who wore grass skirts, who survived on what they hunted or foraged. He discovered the French culture of New Caledonia in New Guinea, which was settled by French political prisoners and where the people still spoke French and cooked French foods. “We’d go to the farm market on Saturdays and buy French bread, then go get a pound of butter from the mess hall,” he said. “We’d throw away the middle of the bread and fill the crust with butter.”

There were funny moments, such as when one crew member bought a monkey at a market and smuggled it on board the ship, or the time the crew’s bugler got in trouble for playing “Blues in the Night” instead of “Taps” at the end of the day. There were USO shows and visits from Bob Hope. There was also some hazing involved in crossing the equator for the first time. “We called it ‘shellback initiation,’” Crippen said. “They’d toss guys into a tarp full of powdered eggs and water and swing them around. One guy had beautiful curly hair, and they cut off all but one lock.”

What does he think was the most valuable thing about his military life? “The discipline,” he said. “To be successful, you must be disciplined, and I learned exactly that.” And the bonds with the other recruits: “In a combat situation, you bond pretty closely with those around you.”

*All photos shared were from Ernie Crippen’s private collection.

[…] died yesterday, his daughter, Amy (who wrote about him in 2015), tells me today. Going through his papers, she found several copies of the NewsCut post I’d […]