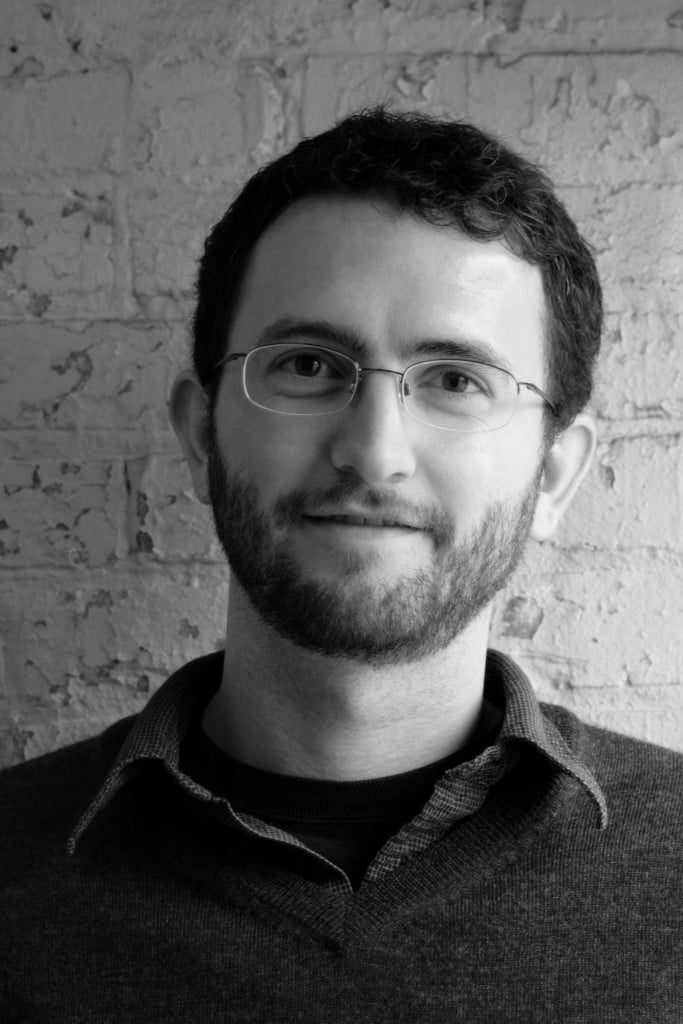 If you’ve ever picked up a copy of City Pages, the Star Tribune, or Vita.MN and seen some distinctive illustrations that include whimsical, not-quite-to-scale maps, you’ve probably seen the work of Kevin Cannon (www.kevincannon.org). Cannon is an artist who was tapped by City Pages to create a map of the Twin Cities’ rock ‘n’ roll landmarks, including places like First Avenue, the Electric Fetus, and the Turf Club. That was in 2007, and today he frequently does maps for various publications and for private collectors (he’ll do custom pieces around favorite intersections). 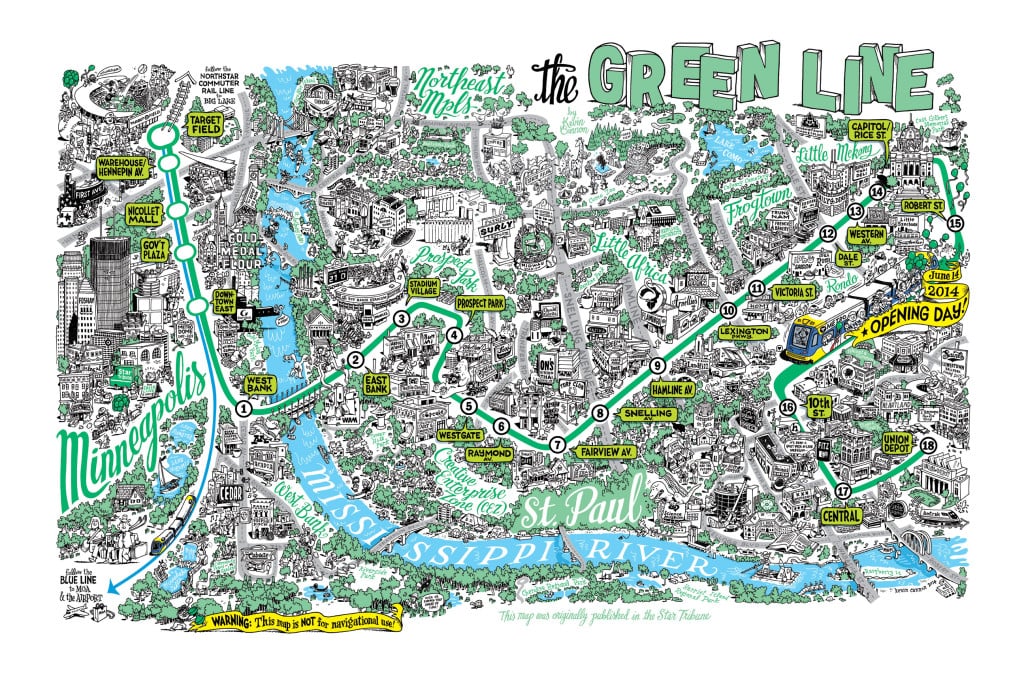 It’s a logical career trajectory for someone who knew he wanted to be an artist at a very young age. “I grew up in St. Louis Park, and I was always the artist in school,” he said. The City Pages commission is what sent him down a new path. “I’d never done a piece like that before, which is why I took it,” he said. “I wouldn’t have, if I’d known how long it would take!”

That’s because the maps require much more than the artwork, which itself can take a few days. The research can take much longer. He’s also done “history” maps, including a map of Willie Nelson’s Texas and of Hiram Bingham’s 1911 discover of Machu Picchu, and the research there can take considerably longer. “It can take forever, doing library and Google history research, lots of nights and weekends,” Cannon said.

Nights and weekends, because he also has a day job: He and Zander Cannon (no relation) are the founders of Big Time Attic, a cartooning company. Among the projects he’s worked on are educational comics covering heady topics like genetics, evolution, and paleontology. For these, another person does the writing, but visual research still needs to be done. 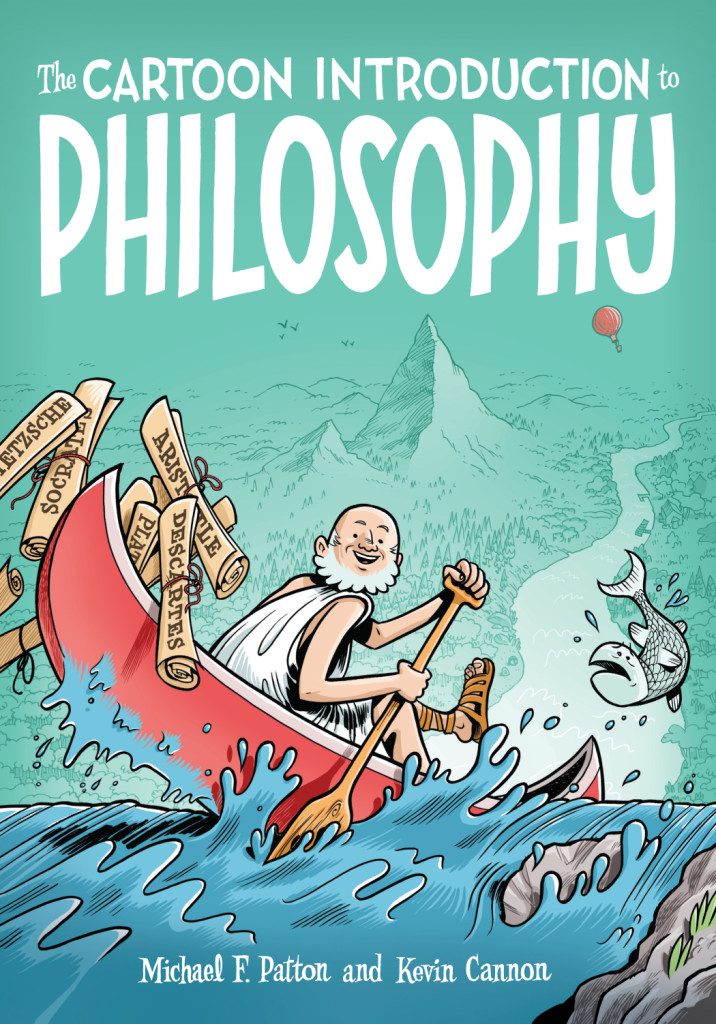 He’s also benefited from his involvement with the Minnesota cartooning community, which is active and supportive. “There’s a group called the Cartoonist Conspiracy Group,” he said. “They meet monthly, have art shows. They also periodically have a 24-hour comics day, where we get together and draw one page of comics per hour for 24 hours. It’s exciting-slash-terrifying.”

A friend dared him to do one of these marathons each month for a year. He took up the challenge, and the result was Far Arden, a graphic novel about an embittered old Arctic pirate that was published in 2009, followed by the sequel Crater XV. He’d like to pursue more projects of his own like this, but he’s had other collaborative projects that have taken up his time, including doing the artwork for The Cartoon Introduction to Philosophy, authored by Michael F. Patton and just published in April of this year, and doing the artwork for Take a Shower, Show Up on Time, and Don’t Steal Anything, a book authored by KDWB-radio’s Dave Ryan. “The writing [on the latter book] is really funny,” Cannon said. “It’s about Ryan’s life experiences, like getting advice from a salty uncle—the straight dope.”

When asked if he ever felt tempted to head out to the East Coast to pursue other publishing opportunities, Cannon said, “I lived in NYC for a few months after graduation, where I was overwhelmed and instantly broke. Everything here in Minnesota is so accessible—I work with local and national publishers, I have side projects like doing chalkboard illustrations for Indeed Brewing. it’s a great community here, an embracing community.”

A community that is fortunate to have such a vocal and talented supporter in its midst.