*Editors Note: Make sure to scroll to the end of the post, we’ve got Bo’s brand new video for “Right Here” which was just released today!

Bo Weber grew up on a dairy farm in rural Wisconsin as the youngest of four siblings. Bo had a natural talent of being a pest to his three older sisters, but on the days when they did get along, you could often find the children climbing trees, catching wild cats or fearlessly zipping around on the four-wheeler. Testing their limits without caution, the Weber kids ended most adventures with scraped knees and a mouth full of stories. 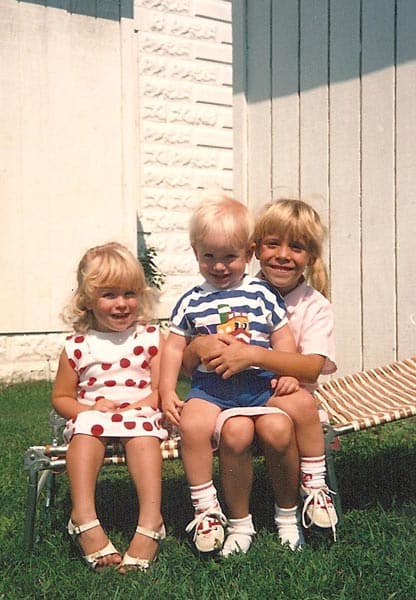 Life was simple on the farm. Bo’s parents, Vince and Wendy worked day and night to manage the land, the livestock, and the bills. Summers were plentiful with vegetables from the family garden, a place where Wendy would spend hours tending. Paired with a hearty main course on the grill, Vince made sure the family never went hungry, and even better yet, made diligent efforts that dinner taste just right. 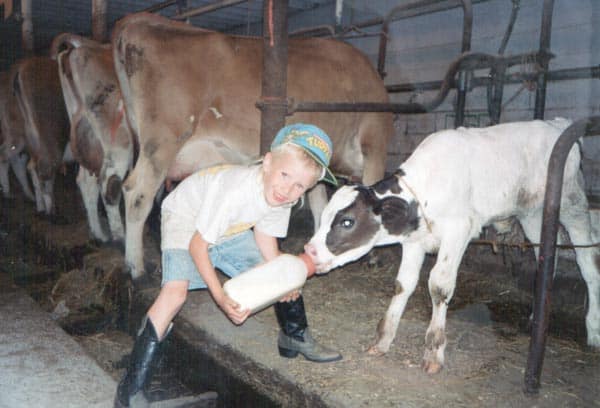 Since Vince and Wendy both originated from Minnesota, it was common for the Weber’s to travel across the border for family Holiday gatherings. Spending most of his life in a small town of 1,200 people, the city was unlike anything Bo was accustom to. He would gaze at the airplanes soaring over the towering skyscrapers of Minneapolis. Busy traffic buzzed like one big party on the multiple-laned highway, while he and his family were entertained by tuning into the broadcast of unfamiliar radio stations.

As the years went by, the kids grew up and moved out of the house. While Bo’s sisters began forming families of their own, he followed the dream of becoming a musician, moving to where many influential artists got their start; the twin cities. Back home, Vince and Wendy sold the farm with intentions of creating a less demanding lifestyle. However, their lives were about to become much more complicated.

In December of 2010, Wendy’s body gave her a sign which prompted her to see a physician. After a few tests, the local clinic staff wasted no time sending her to the Mayo Hospital for an ultrasound. The results showed there was a mass on Wendy’s left ovary, but based on her tests, the OB-GYN assured her there was nothing to worry about. Still, Wendy’s doctor advised having the mass surgically removed.

Two months later, Wendy underwent the operation instructed by her physician. To be 100% sure of the doctor’s judgment, the mass was sent away for a biopsy test. On the third day of recovery from her surgery, the OB-GYN came into her room with the biopsy results. She was wrong. The mass was indeed cancer.

The doctor immediately began apologizing to Wendy for the misdiagnosis. Since the mass was cancerous, the removal should have been performed by a gynecologic oncology surgeon. She then explained to Wendy that she must undergo a complete hysterectomy in order to properly remove all possible cancer cells that may have spread within her abdomen.

But first, Wendy had to wait an uneasy seven weeks to heal from the first surgery before they could perform a second operation. During this time, all Wendy could think of was the possibility of cancer cells spreading throughout her entire body. She was anxious to jump right into chemotherapy in order to catch the disease as soon as possible.

Ovarian cancer is known as, “The Silent Killer.” According to the American Cancer Society, Ovarian cancer ranks fifth in cancer deaths among women, accounting for more deaths than any other cancer of the female reproductive system. Like many women with Ovarian cancer, Wendy’s symptoms went nearly undetected, assimilating the feelings to menopause.

On March 29th, 2011, Wendy underwent a long and grueling debulking surgery, removing as much of the malignant tumors as possible to increase the effectiveness of chemotherapy. The surgeon had determined that out of the four stages, Wendy’s cancer was considered stage 2, class C; right on the cusp of entering stage 3. 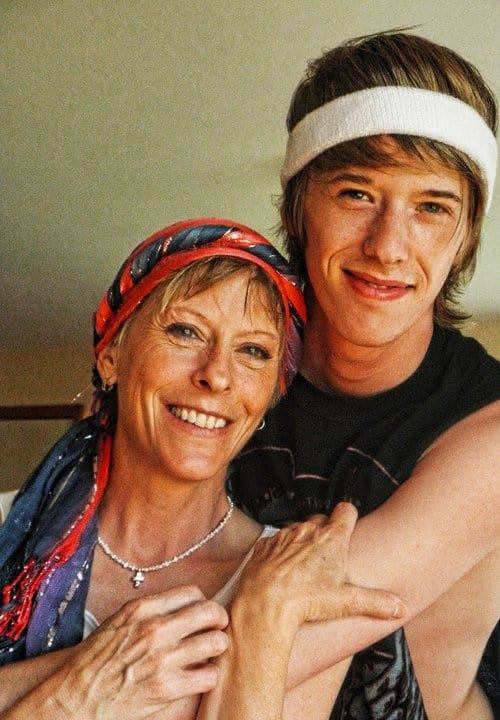 There are currently no early detection tests for Ovarian cancer. Unfortunately, by the time most women discover they have become a victim of the disease, it will have developed into an incurable state. Because of this, the lifetime expectancy once a diagnosis is made is typically five years.

Wendy immediately began chemotherapy accompanied by a computed tomography scan every four months (A scan using X-rays to make detailed pictures of structures inside of the body). Losing her hair, eyebrows, and eyelashes, Wendy learned to embrace her new look and became an advocate spreading awareness about the disease. In an interview with Dunn County News, Wendy said, “I feel God has called on me to spread the word and save lives.”

Concluding her final chemotherapy appointment, Wendy’s test showed her cancer was in remission. Wendy and her family were absolutely relieved! She couldn’t wait to start getting her health and strength back to optimal condition. However, in just a few short months, her quarterly CT scan showed the tumors had suddenly increased in size and spread to her lymph nodes. 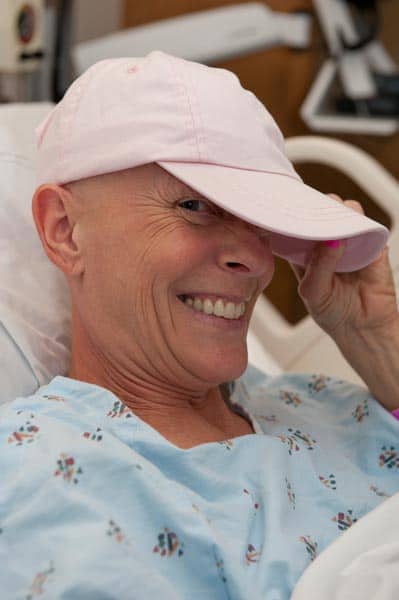 Wendy then began the second round of unforgiving chemotherapy, paired with a clinical study drug suggested by her doctor, losing her hair yet a second time. From what started out to be a routine operation to remove a seemingly harmless growth, turned into a nightmare for Wendy and her family. From then on, Wendy’s husband and children watched the ups and downs of her health.

After moving back home with intentions of spending more time with his mother, Bo was unexpectedly met with the first stages of grief– denial, and isolation. Remaining in his room with the door shut the majority of his time there, Bo was unaware these would be the final months of his mother’s life. Heavy alcohol and drug abuse soon became a daily routine, often borrowing Wendy’s car to vanish with friends for days on end, only to return home repeatedly seeking refuge in the sanctuary of his room.

Towards the end of Wendy’s battle with cancer, the seriousness of her illness finally became a reality in Bo’s mind. He then began desperately searching online for a natural cure alternative to western medicine, but by then it was too late.

On July 4, 2013, Wendy Weber went home to her Savior. After her passing, Bo would dive further into the truths about cancer, the food we consume, and the health-affecting products we expose ourselves to on a daily basis.

As Bo read from the pages of self-help books left behind by his mother, he made the unconventional decision to sell a large portion of his belongings and move into the small space of a conversion van. It was there in this minimalist environment where he conceived a set of personal songs, written from the depths of his heart.

This Mother’s day, Bo will release an album titled, ‘Wendy’, a collection of songs written in memory of his mother. ‘Wendy’ finds Bo caught in the emotional journey of revisiting his darkest moments, causing a relapse into heartache, anger, and depression. However, through the writing process, Bo discovers his life purpose, enabling him to find true happiness.

“When you lose a loved one, you officially belong to a club nobody wants to be in.
There are a lot of people who are hurting and without direction. While I’m in this club, I may as well do some good,” Bo adds, “Sometimes music is the only remedy that can sooth what cannot be fixed.” 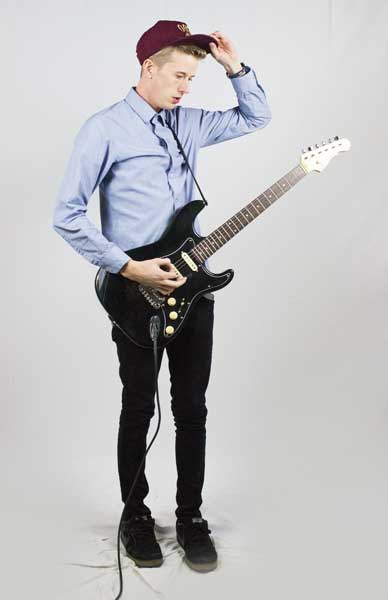 By sharing Wendy’s story, Bo hopes it will educate those about the symptoms of his mother’s disease, making Ovarian cancer silent no more. He warns to be aware of symptoms that may include: bloating, menstrual irregularities, and abnormal fullness after eating. Be sure to stay current with regular check-ups at the doctor, being aware of the products used on your body and the ingredients in the food you eat. 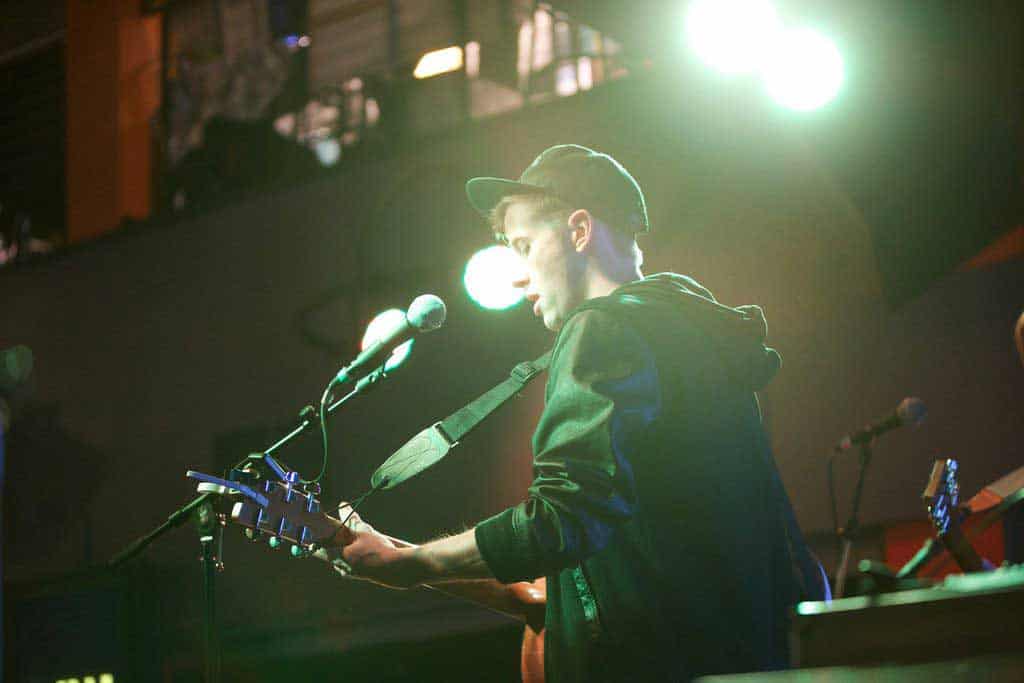 Bo is donating 100% of the proceeds of the physical album to women who are currently battling Ovarian cancer. If you would like to support Bo and his efforts to spread awareness, ‘Wendy’ is available on iTunes and also in physical CD form on his website at www.boweber.com. For more information about Ovarian cancer, visit www.mnovarian.org.

If you would like to support Bo, you can purchase his album on itunes for $6.99 or at Bandcamp (where you can also order the physical album). 100% of the proceeds from physical CD sales will be donated to Minnesota Ovarian Cancer Alliance where it will be used to help find early detection systems for ovarian cancer as well as help those currently in need.