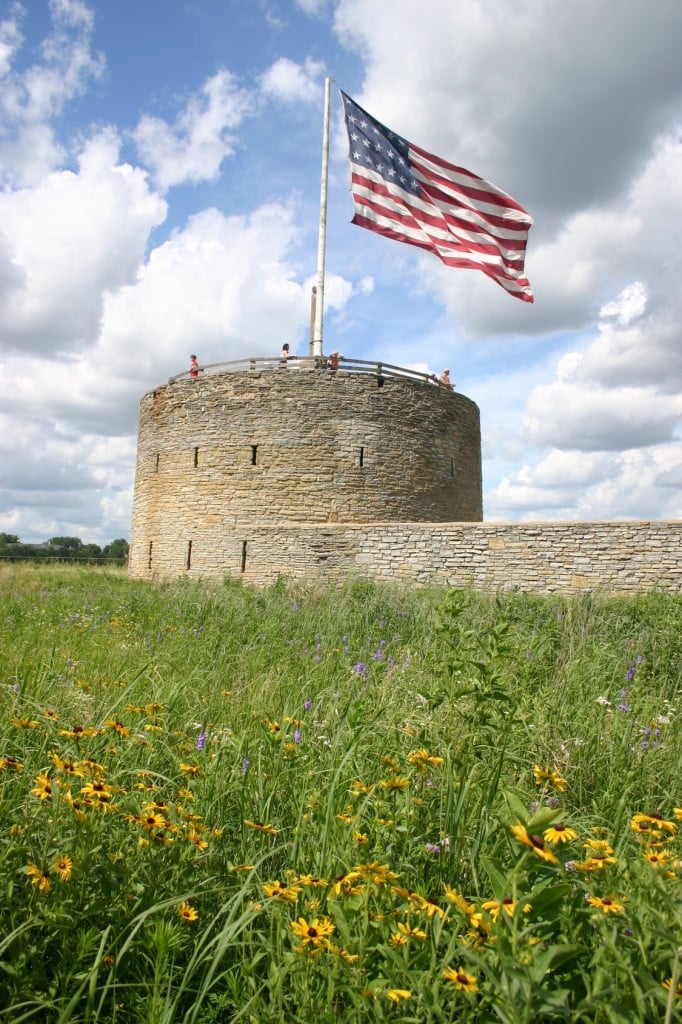 On a bluff overlooking where the Minnesota and Mississippi Rivers meet is Fort Snelling. Its construction began in the 1820s with the idea that it would be both a fort and a trading post, although the latter never came to pass. The timing was influenced by the recent conclusion of the War of 1812 and the U.S. government’s wish to stop any British influence in the Northwest Territory.

Upon opening (under the name Fort St. Anthony—the change to Fort Snelling was made later to commemorate Josiah Snelling’s oversight of the construction), the fort played multiple roles: to oversee the region’s growing fur trade, keep the British from descending south from Canada, maintain peaceful boundaries among Native American nations, and to manage European immigration until more land could be acquired from the Native Americans.

It’s important to note that this land had been a meeting place for Native Americans, especially the Dakota, for centuries. Native Americans used the adjacent rivers as a way to transport goods for trades long before the Europeans arrived. They were joined by the French “voyageurs”, who also used the rivers for fur trading.

But by the 1840s, the fur trade was declining. Land speculation was on the rise. It was a relatively peaceful period that found most activity at the Fort dedicated to farming and cutting firewood.

Things began to change when Minnesota was officially named a state in 1858. Other forts had been built in the region, and the U.S. government no longer felt Fort Snelling was necessary. The government sold the fort to Franklin Steele, who planned to turn it into a city named Fort Snelling.

The start of the Civil War changed those plans. Fort Snelling was put back into operation as a military training center. More than 25,000 soldiers moved through Fort Snelling from 1861-65 before heading south to fight.

But that wasn’t the only war that involved Fort Snelling. In 1862, a war erupted in what was essentially Fort Snelling’s backyard. For several decades, the U.S. government had signed treaties with the Dakota which gave the U.S. land, while promising annuity payments to the Dakota. However, there were a variety of ways the annuities could be reduced, and eventually the Dakota faced starvation and malnutrition while annuity payments were delayed.

In August 1862, a handful of Dakota attacked some rural settlers, and that set off a chain reaction among other Dakota communities. While still managing Civil War recruitment, Fort Snelling also took on the responsibility of hosting the U.S. response to the Dakota attacks. Soldiers were trained for this conflict too under the leadership of Col. Henry Sibley.

By the end of September, it was over, and many Dakota left the state. Of those who remained, over 1,600 surrendered and were taken to Fort Snelling, where they were housed in an internment camp in the land below the fort (today known as Fort Snelling State Park). They were released in the spring of 1863.

The end of the two concurrent wars did not mean the end of Fort Snelling as a military installation. In the 1870s and 1880s, the fort served as the headquarters of the Department of the Dakota, a U.S. military division devoted to fight against Native American nations of the west. More military training was conducted for soldiers in the Spanish-American War and the Philippine-American War. 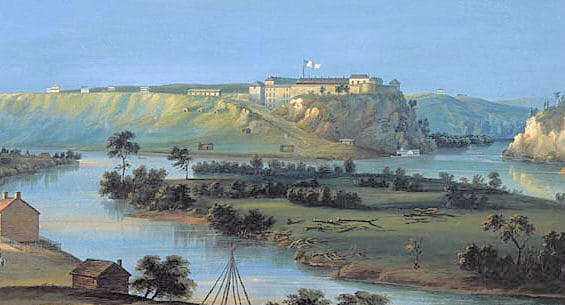 But it’s next big role was during World War I. Thousands more recruits poured into the fort, then known as the “country club of the army” with amenities including polo and swimming pools. During the 1930s, the Civilian Conservation Corps refurbished several of the fort’s now nearly century-old buildings, unknowingly setting the stage for the next round of training when World War II broke out. More than 300,000 people came through the fort during WWII.

At the war’s end, the fort was once more decommissioned. The grounds and buildings fell into disuse. But in 1960, the site was declared a National Historic Landmark. This saved it from almost certain destruction from a planned highway. In 1965, the site was turned over to the Minnesota Historical Society, and funding was appropriated to begin restoring the site. Archaeologists made numerous discoveries of both items and buildings, and the fort was restored with a close eye to historical detail.

Today the site serves as a piece of living history, open to visitors during the summer months. There are frequent events that spotlight various points of its timeline, as well as hands-on programming and children’s camps. The restoration brought the buildings and grounds to a close approximation of what they were like in the 1820s, and give a wonderful sense of life so long ago.