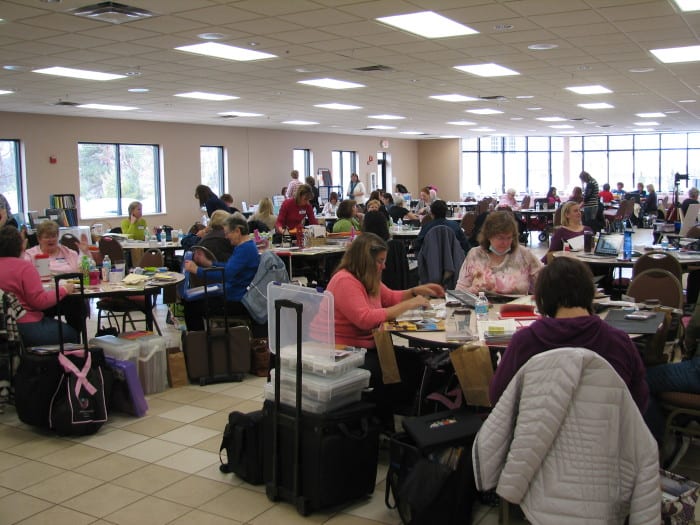 Steffany Fleming is a doer. When something bad happens to someone she cares about, she leaps into action. That’s why she created Page for the Cure 14 years ago when a friend was diagnosed with breast cancer. An avid scrapbooker, Fleming and co-founder Debbie Sivanich wanted to do something to help raise awareness and money for breast cancer research, so they contacted the Minnesota Race for the Cure affiliate and created a scrapbooking marathon, during which scrapbook enthusiasts join together for 12 hours, paying an admission fee that is donated entirely to Race for the Cure. 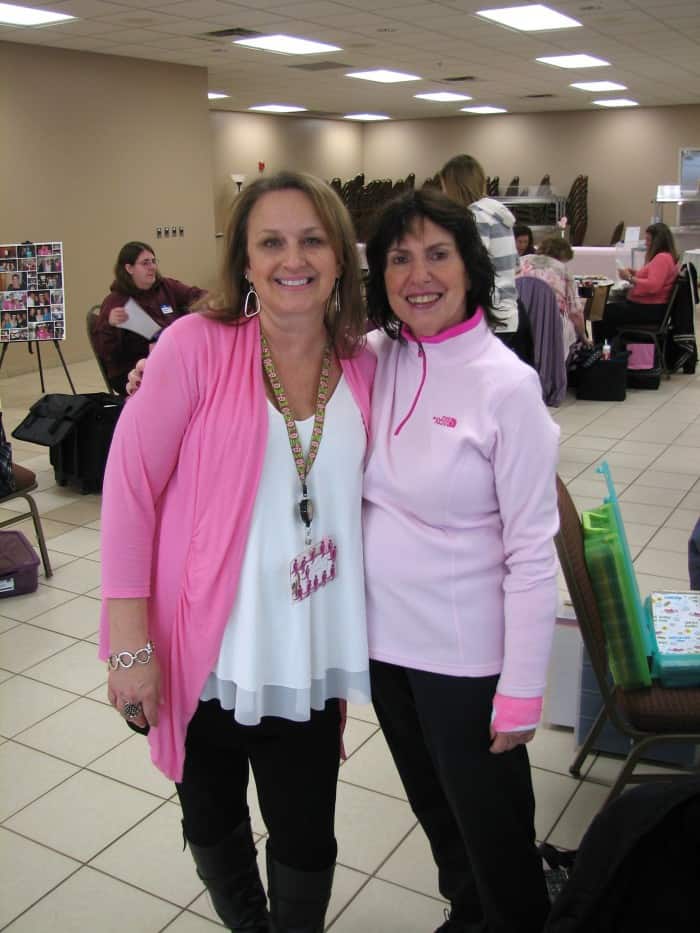 In other words, Fleming didn’t help create Page for the Cure because she expected to be diagnosed with breast cancer herself. But that’s what happened in 2009, several years after the creation creating the scrapbooking event. “I had a mammogram on the Tuesday after that year’s Page for the Cure,” she said. “I’d found a lump, but my doctor said it was nothing, just check it in six months. You’d think that after being this involved with Page for the Cure, I would have known better!” The mammogram and subsequent biopsy found that she had stage 3 breast cancer. She immediately entered the world of chemotherapy and radiation and multiple surgeries—but one year later, she was able to stand up at the next Page for the Cure and tell her story, including emphasis on the need to be persistent with doctors if you find a lump.

“I came full circle, all the way around,” said Fleming. “Some of the people listening to me speak remembered me from the previous year and were shocked.”

There’s an old saying that what goes around, comes around, and in Fleming’s case, all her work and efforts to help her friend with breast cancer came back to her exponentially. People rallied around her and her family, helping them get through that difficult time. Now that she’s achieved the five-year cancer-free mark, she continues to work closely with the Race for the Cure and its founders, Char Plitman and David Egan, who are as passionate and active in breast cancer education and advocacy as Fleming is. They were supportive to Fleming when she was diagnosed—at the same time as Plitman’s daughter was undergoing her own breast cancer battle (she is also a survivor). 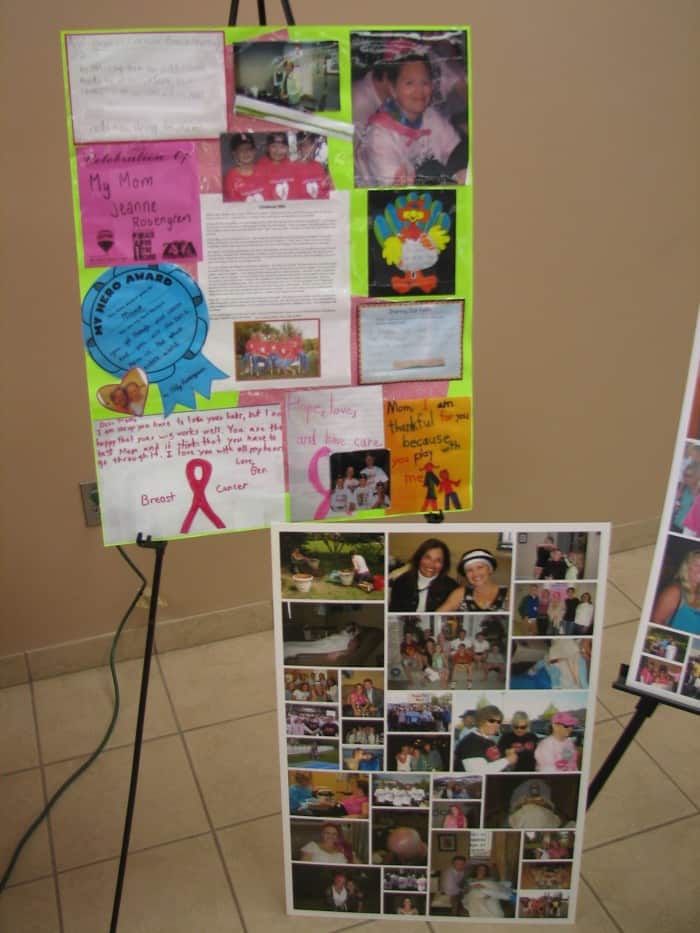 Plitman is the person who brought Race for the Cure to Minnesota. Years ago, her mother was diagnosed with breast cancer at a time when there were few options. “She never complained, but the diagnosis was like she’d been shot in the heart. She lost her sparkle,” Plitman said. “I knew I needed to honor her, try to make her feel better.” The problem was trying to find a way to do that.

When Plitman and her husband were on a trip to Aspen, CO, he woke her up one morning and announced, “I found what you want!” Outside was a Race for the Cure.

Back home, Plitman tapped her network of friends and executives and found several influential people excited about the idea of bringing the race to Minnesota. “It’s not an easy process,” said Plitman. “The Komen Foundation [original sponsors of the Race for the Cure] doesn’t let just anyone become an affiliate.” It took a year and a half, but in 1993, the first race was held in Edina. 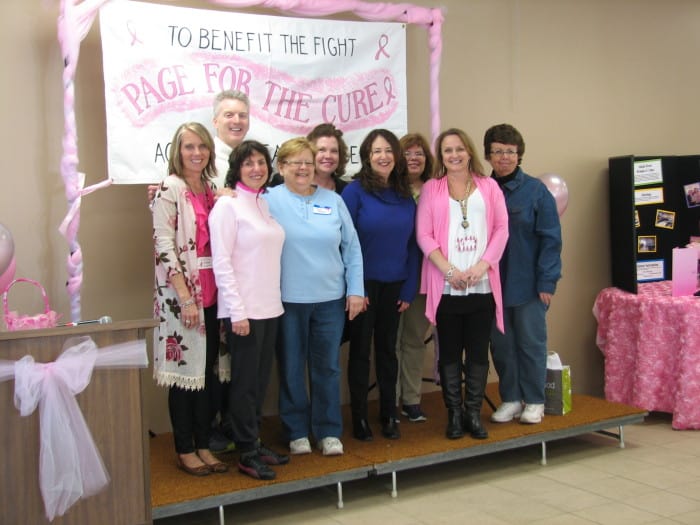 Page For The Cure founders and sponsors

Being an affiliate for Komen means that 25% of the net proceeds from the Race goes back to the Komen headquarters, where it’s distributed for research projects (some of which take place at the University of Minnesota and Mayo Clinic, meaning some of those funds return here). The remaining 75% of net proceeds are distributed throughout the state via a grant system. “We’re not a program-running organization,” Plitman noted. “We only have five people on staff. So we work with an independent board to study the grant applications. I wish we had enough money to fund all of them, but unfortunately, we don’t.” They fund all kinds of breast cancer-related projects, including new initiatives in recent years to help women financially when their breast cancer is making them unable to work, and they’re falling behind on basics of life like paying rent or utilities.

Race for the Cure’s biggest event is the flagship Mother’s Day Race, which eventually moved to the Mall of America. This year, it’s returning to its roots, as construction at the Mall has made that venue unworkable. The city of Edina and Southdale Mall welcome them back.

There’s also a race in Brainerd each year, but there aren’t currently plans to pursue setting up a race in any other locations. “It’s hard to do it remotely, and with only five of us, it takes everything we’ve got to get the Edina race going,” said Plitman. “We really need a core of people to run a separate race.”

And they need people like Steffany Fleming, whose efforts have resulted in over $150,000 being raised for Race for the Cure through the Page for the Cure event. She notes regretfully that in scrapbooking’s heyday a few years ago, she’d get over 200 people registered for the event and even have to turn people away. The most recent event, which took place on March 21, 2015, had about 60 participants.

But they’re an enthusiastic group and multigenerational, with ages from the early 20s to grandmothers working on scrapbooks of their grandchildren. And they all know someone who’s been affected by breast cancer, whether it’s a friend, parent, sibling or other relative, or colleague (and not just women—David Egan noted that about 3,000-4,000 men die annually of breast cancer). Putting their talents and passion to work while spending 12 hours enjoying one of their favorite pastimes, and raising money to battle breast cancer in honor of their loved ones?