The St. James Hotel, one of the city’s finest establishments, giving visitors a glimpse into the fascinating history of Red Wing, Minnesota. During the last one hundred years, the St. James Hotel has remained dedicated to preserving the finest details of its rich past. The three-story-tall brick building was built by ten executive businessmen who saw the need to invest in the growing popularity of Red Wing, due to its successful wheat market trade. The Victorian style hotel welcomed visitors with its state-of-the-art features,  such as steam heat, a modern kitchen, and hot and cold running water. These amenities set the St. James Hotel apart as a first-class destination. The train owners noticed the appeal of the fancy hotel and had the train schedules adjusted to align with the hotel’s dining service. 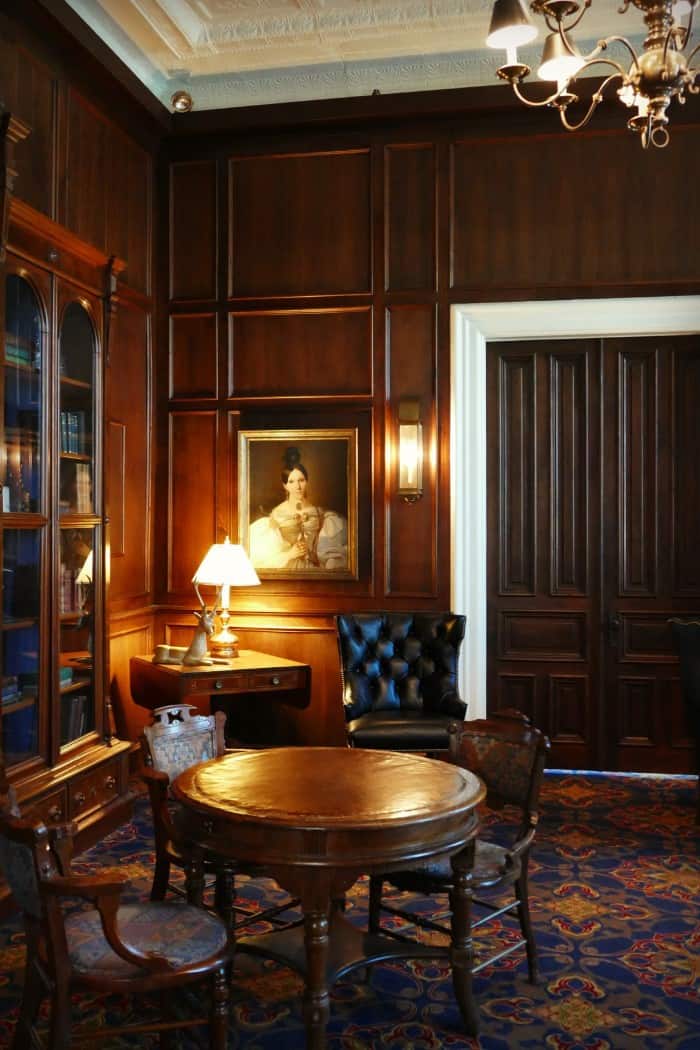 The hotel was originally managed by a woman named Clara who inherited the hotel after her husband passed away. For years the hotel was known as Clara’s Place, and she ran the establishment with great honor.  The hotel was sold to the Red Wing Shoe Company in 1975.  After a two year renovation, the hotel was reopened with a much-needed facelift; however, it retains its former historical décor and charm. 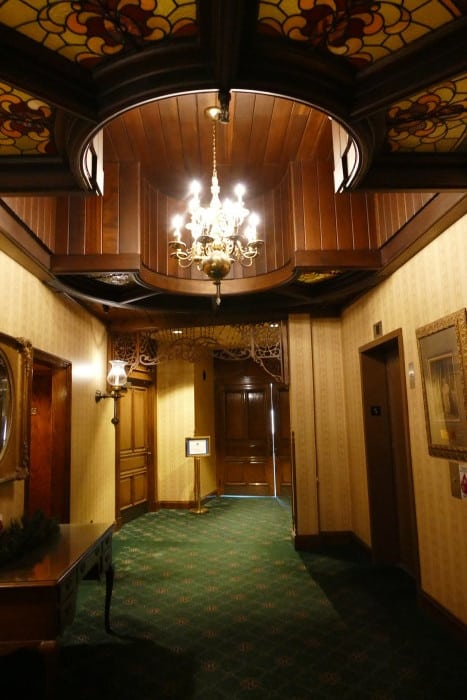 Walking the downtown area of Red Wing made us feel as though we were traveling into the glory days of the Gilded Age. The St. James Hotel’s elegant appearance and classy service enhance this feeling, but the hotel also does a fine job of catering to today’s needs.  As we walked through the front doors of the hotel we perused a couple of high-end shops conveniently located next to the concierge desk for visitors to enjoy before checking into their rooms. The former concierge desk is located on the main floor and is used as a lounge area. To the sides of the lounge are the formal dining room and library sitting room. From there we gazed at the grand staircase that leads to the guest’s rooms, lined with portraits from the early 1900s. Be sure to visit the library, where an unusual portrait of the men who built the hotel is hanging.  One of the men died just before the picture was to be taken so, as was often the custom then, they simply propped him up in a chair and saved the photo opportunity! 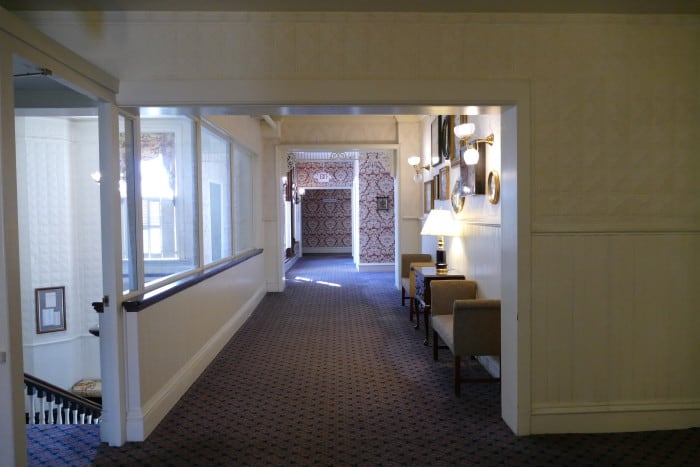 The hallways in the upper levels of the hotel are much wider than those in newer hotels because in the late 1800s women were required to be accompanied by a gentleman when in public areas. Although women’s fashion during that time period included tightly cinched corsets, the gigantic hoopskirts and long flowing trains all needed space for them to move about comfortably. The spaciousness of the hotel ensured women and their chaperones enough room to get around without losing their dignity, or the hems of their dresses! 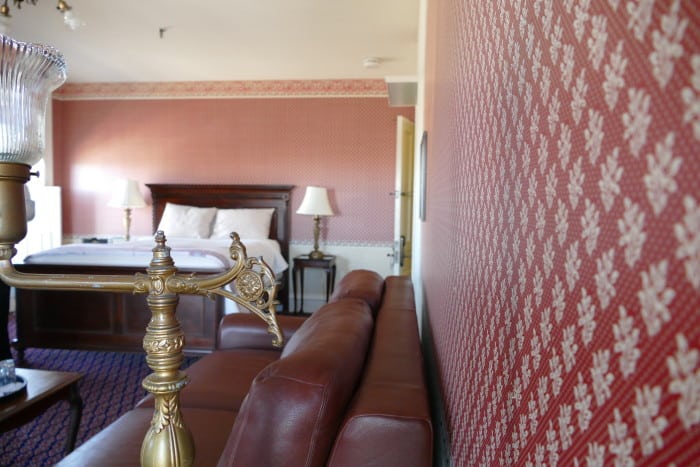 The rooms are well-preserved with impressive decor fitting the historical age of the hotel and each one is uniquely designed. Most of the rooms have been named after a 19th-century riverboat that journeyed up and down the Mississippi River. The Board Room was by far our favorite guest room. It is a large suite with a masculine design and wonderful views from each window case.  We saw magnificent views of the Mississippi River, the train depot, Barn Bluff and the historic Main Street of Red Wing. 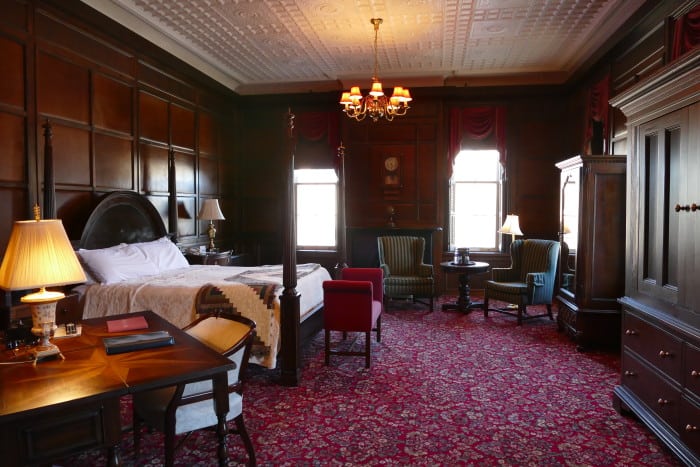 The hotel is currently building five more suites that should be ready for guests early this summer. Although the hotel celebrates its significant past, it is happy to provide visitors with conveniences of the 21st century such as a coffee shop that serves Starbucks, a relaxing spa and three excellent restaurants within the hotel.

The St. James Hotel is a member of the Historic Hotels of America. The hotel successfully carries on the heritage of Red Wing and is a delightful place to lodge while touring the city.